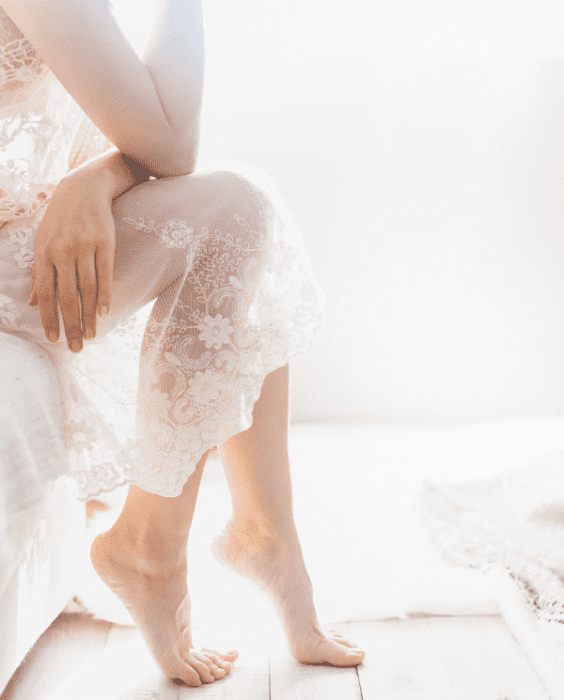 I Studied How French Women Eat, And This is What I Learned

On my first trip to Paris, one would think that I would’ve been most captivated by the architecture, fashion or art. But, non!  I couldn’t stop watching French women eat. I’d stare at them at the café or watch them through the window of a brasserie.

Yes, I was even the weird American girl who peeked over their shoulder at the supermarché to spy on what they had in their small basket.  Where was their huge shopping cart?

And, I wanted to know their secret.

Was it the cigarettes?

Was it something in the water?

French women were mysterious freaks of nature to a girl who had weight issues.

With my weight ranging from a size 20 to a size 2, I was exhausted from the constant crazy making of counting every single calorie in and out.  And, when Atkins came along, it became really complicated.  Now, I had to keep track of my carbs, too?

But, did all of my strict calculations even matter? Because, like clockwork, I’d throw all my data and metrics out the window at the smell of a warm chocolate chip cookie.  Make that six, because I had no clue how to stop at one.  It felt like a starving toddler lived inside me.

Then, of course, I had to feel guilty, because that’s what you do, right?  You swear you’ll follow a plan.  You might make it until lunchtime.  Then the plan goes out the window.  You eat way more than your body needs, and then you swear you’ll do better tomorrow.

And when your feet hit the floor the next morning, the crazy, boring cycle begins again.

What kind of life is this?  Unfortunately, it’s one many women know too well.

I wanted more for myself, but I didn’t have the slightest clue about how to get out of this terrible drama I’d created for myself.

Sadly, my entire identity had become “The woman who diets.” Yes, I was addicted to dieting.  As much as I believed I didn’t want to diet, I couldn’t imagine life without thinking about the next possible miracle menu plan.  It seems so ridiculous now, but then, the struggle was real!

I imagined my epitaph reading, “She had so much potential, but chose to diet instead.”  I envisioned my family leaving the graveside to go home and pack up my small fortune in diet books and most likely finding a bag of Cheetos hiding somewhere in the bookshelf.

This is NOT how I wanted to live my life.

If you want something, study those who have it.

I had tried every diet under the sun. I tried phen-phen and even pushed myself to the brink of an eating disorder. But my entire focus was on what I didn’t want.

And guess what happens to a gal when she’s focused on what she doesn’t want 24-7?  The problem grows.

Even when I did lose the weight by starving myself down to a size 2, I was still full of fear, lacked self-confidence and still struggled. Although I had less flesh on my body, my scared little mind remained.

Houston, we still have a problem.

By focusing on the dieting, weight, and food, I was looking in the wrong direction.

But, where does a gal turn when she’s desperate to shed weight?

Turn towards people or cultures who have what you want.

That’s why I turned to French women and their relationship with food.

I wanted to order a dish with butter without having a panic attack.  I desired to choose what I wanted instead of what I thought I should eat.  I wanted a pleasurable relationship with food.  And, yes, I also wanted to have lasting weight loss.

No diet could ever give me that.  Only I could.

Little did I know at the time, it would require that I completely restyle my mind to think like a French woman:

…to desire to take exquisite care of my body.

…to feel my emotions instead of stuff them down.

…to enjoy and play in my body.

…to seek quality, not just in food, but in life.

…to embrace pleasure as a lifestyle, not an occasional event.

…and, to see food as a way to nourish myself and connect with others, not escape my life.

But, I was willing and ready for real change, for a change.

The ‘normal’ way to create any type of change is doomed to fail.

No one teaches us how to create deep, lasting and joyful change.  Instead, we’re taught to have a goal and go out there and crush it!

This has resulted in an entire society of people who are trying to change, manage and control their external world without ever examining the most important one, their inner one.

No wonder we’re stressed, overweight and Type-A personalities!  All that controlling, reacting and fixing is exhausting.

But, isn’t that what you do?  Lose the weight. Get the guy.  Make the money.   Feel confident and fabulous.  Then, go out there and live an amazing life.

Even some life coaches are all about getting you results.

You create your S.M.A.R.T. goals, check-in each week for accountability and white-knuckle your way to achievement.

But what happens next?

That’s the big problem with this sort of goal-driven change. If you don’t change who you are and how you’re living, reaching the goal will be about as fulfilling as a fat-free cookie.

Think about people you know who have tons of money but are miserable.  If you want an example, check out People Magazine the next time you’re waiting to check out at the grocery store.

Now, don’t get me wrong. I love seeing clients create beautiful results in their lives.  I love pushing the limits of what I can create.

But, how you feel is the most important thing.  It also happens to be how you create lasting, fulfilling results.

The reason why you want anything is your belief that it will make you feel better.

Think about this for a moment:

Why does anyone want to lose weight, make a million dollars or find their soul mate?

Because they think it will make them feel better, right?

But, if you starve yourself down to a size 2, like I did, through deprivation and a mind full of negativity, you’re not going to feel better — you’re still going to feel like crap.

If you make a million dollars by working 80+ hours a week, burning out your adrenals and missing your kid’s school play for the third year in a row, you’re not going to feel truly rich.

And, if you find your soulmate from a place of desperation and a “he’ll complete me”mentality, you’ll likely live in fear of losing him and feeling incomplete the moment he doesn’t text you back.

Again, what’s the point of reaching a goal if you’re still miserable because of the way you went about it?

Shouldn’t the true goal be how you feel?

So, what does this have to do with French women and food?

Well, I’m finally getting to that. Can you tell I’m passionate about this topic?

French women inspired me to cultivate an elegant state of mind.

As someone who couldn’t stop until the entire plate of french fries had vanished, watching a French woman eat just three blew me away.

She possessed an elegance about her that I knew I could learn from.

During that first trip, I wanted to emulate those elegant women around me, and I lost weight without trying. In fact, I ate a croissant each morning, had wine with lunch and dinner and indulged in desserts.

Food became a pleasurable condiment to my days, not the main course of life.

That’s when I had an epiphany: I wasn’t focused on avoiding food or depriving myself.

I wasn’t thinking like a person with a weight problem.  I was thinking more like a slim one.

And, the result was a joie de vivre I hadn’t felt in years.

Yes, I was finally feeling the emotion I had imagined weight loss would give me — but never did because of how I was thinking.

And, by creating that feeling first, five pounds melted off of me like butter on a hot day.

I wasn’t drowning in my hopelessness with pot de creme or lying on the sofa bingeing on episodes of ER because I felt so worthless.

For the first time in a long time, I felt alive and was focused on the possibility for a brighter future.

That’s when it dawned on me that the real issue had always been my own mind.

I didn’t have a weight or food problem.  I had a thinking problem.

Each time I focused on my sad weight story, I’d feel utterly hopeless.

What does a girl with food issues do when she feels hopeless?  She stuffs it down with a sugary concoction from Dunkin Donuts.  Well, at least that’s what I did.

Then, she beats herself up and starts again.

Year after year of doing this little dance, you begin to collect a lot of evidence for your beliefs.  The more evidence you collect, the deeper that belief becomes.

…that you have no control.

…that you’ll never lose the weight.

…that the weight will come back when you do lose it.

…deep down that you’re flawed.

But, all of that is just a story.

Paris allowed me to start telling a new story.

I began to focus on possibility, not problems.

I began to shift from what I didn’t want to what I did.

For one week, I didn’t indulge in my “I’m broken and need to be fixed,” story.  I chose to indulge in a decadent piece of chocolate instead.

Elegance is when your state of being aligns with your desires.

The definition of elegance is “simplicity and effectiveness.”

I’m not talking about wearing pearls and lipstick (although I enjoy both!); I’m speaking about your beingness – your thoughts, feelings, and actions.

The most ineffective and complicated way to attempt change is want something and have a mindset that doesn’t think you can have it.

In other words, you can’t think like a poor person and expect to become rich.

You can’t think like someone with a weight problem and expect to be slim.

You can’t think like someone who’s afraid of love and expect to be in a loving relationship.

You must change who you’re being first.  And, when you do, creating what you want is easier.

When I stopped being a woman with a food and weight problem, food and weight was no longer an issue.  In fact, I don’t think much about food except when I’m hungry or planning a beautiful dinner party.  Of course, this didn’t happen overnight, because I literally had to become a new woman.  But, it did happen.

The women in my Slim, Chic & Savvy Immersion Program shed weight they’ve held onto for years. But, that’s not all.  They turn their meh marriages into a yeah! They receive unexpected promotions, make more money and create amazing results in their lives, and they do it all with ease and joy.

That’s the power of cultivating an elegant mind.

As Diana Vreeland said, “The only real elegance is in the mind; if you’ve got that, the rest really comes from it.”

Design Your Most Extraordinary Life

Then, start living it