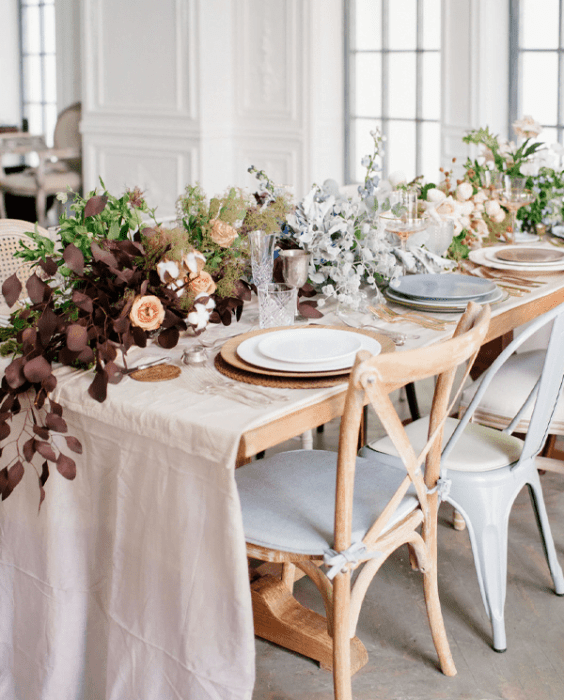 A Backpack, $20 and a Lear Jet: Tales of a Weekend Adventure (And How to Manifest Your Desire)!

In The French Kiss the World Society, we talk about manifesting our desires . . . a lot! (We also talk about men, lingerie, perfume and Paris . . . all topics are welcomed in our private salon). And, the moment a woman declares her desire, it’s almost inevitable that she begins to obsess over the “how” of it all. I watch her as she goes galloping off into the vast, chaotic territory of her la tete trying to map it all out.

But, more often than not, she comes back bewildered, because she doesn’t know all the details.  She just know what she wants.  I reassure her that a desire paired with fervent faith and patience is all she needs.  And, she relaxes a bit. Then, I send her off to sit at a cafe and read her favorite book.

We’ve been taught to set our SMART goals and then map out every little move between here and there.

But, it rarely works that way. Most of the time, you end up frustrated and confused, because you don’t have all the detailed steps. Or, you miss a great opportunity because it wasn’t on your plan.  Plus, you’re working off assumptions of how things should be, not how they can be.

When I work with women, we take a different approach:

1. Live the essence of your desires NOW!
2. Take one inspired action step at a time.
3. Follow what feels good!

Yet, when I initially suggest this to women, they panic because . . . Dear Lord, they must give up control (which is just a crazy illusion in their mind anyway, but they hang onto it like a lifeline).

But, I will tell you that this is how I’ve created everything (that’s meant something) in my life up til this point. And, I’m not going to stop this method now.

To illustrate this approach, I want to share a story of one of the members of my French Kiss the World Society (perhaps, one of the best manifesting stories I’ve ever heard of).

So, let’s imagine that you desire an adventure. In your mind, you see yourself on a private jet heading to an exotic location where you will be wined and dined for three days.

If you tried to figure out the how, where would your mind go?

First, unless your sugar daddy has a Lear parked in his hanger, you’d probably feel like this was impossible, at least for a very long time.  There you are defeated, before you even take a step.  Now, you’re back on the sofa feeling hopeless.

Then, you’d probably think that you must work really, really hard to become the next Richard Branson so that you’d could afford such an adventure, right?

Perhaps, you’d imagine yourself meeting Mr. Heir to a Saudi fortune, but that could take some time too!

But, what if you did what my client did and just followed her intuition and desire?

I’m not going to ruin the story for you. I want you to read what she wrote in our private FB salon after declaring her desire for an adventure last weekend.

(Note: all names and locations have been changed to protect her secret garden).

Hey Ladies! I’m baaaaccckkk!  I have been so inspired by the transformations that all of you are going through. And, after reading the post that Tonya wrote about our “inner bad girl”. I decided I wanted to join the party. In my way.

I wanted to unleash my “inner bad girl”.

Sunday morning I woke up early, threw a few things in a backpack, grabbed my last $20, dropped my dog off with a friend and headed out for an adventure.

I was open to whatever was to come my way.

I was inspired to drive to the airport. The private hanger for jets. So I did.

The voices in my head ranted at full volume (you know the ones: what are you thinking, this is insane, people will think you are crazy, etc.). I went anyway. Just to see.

I parked and went inside. I asked the employees what was going on, who was going where. It was pretty quiet.

Just as I sat down, a plane rolled up and 3 women came in – one (Holly) was racing for the bathroom shouting that she couldn’t pee on the plane. Hilarious.

I struck up a conversation with the other two ladies. They were heading south to celebrate the wedding of one (Carson) and the divorce of the other (Mary). A girls’ week.

They were waiting on a coconut cake to be delivered from the Parrot Grill (a famous cake from a famous restaurant here in the city). Yes, it was a bathroom break in high flying style.

I told them I had my bag packed and $20 and was looking for an adventure. Next thing I know they invite me along. On the private jet. To an exotic private island. For fun. Damn. Of course I said HELL YES!! And yes, the passport was one of the few things I had packed.

On the plane (a lovely 10 seat Lear) we were served champagne along with huge slices of the coconut cake by the flight attendant (yes, this plane had it’s own flight attendant, crystal and china and silver) and Mary laid out the “rules” for the week: use the “girlfriend names” only at all times, flirt shamelessly with everyone, and no boys at the house. Easy enough.

They did not tell me their full names or where they were from, just the Northeast.   (And, I still don’t know who these women are, other than their party names.).

We land an hour and a half later, clear customs and pile into a rickety beater of a van taxi and head for the marina. There, we were met by the captain (Tom – sooo cute!) of Mary’s boat (probably about a 60 foot yacht). We were welcomed aboard.

We changed into bikinis (I borrowed one) as the boat set out to an island that is known for their Sunday pig roast and naked people. We flirted shamelessly with everyone. We played topless on the swing over the pool. To top it off, our drinks and lunch were paid for by some guys. Awesome!

Mid-afternoon the boat took us to the place we stayed – a huge house on a private island. Wow.

The weekend was filled with shelling, snorkeling, diving and fine wining and dining. I even came face to face with a shark.

I cannot remember the last time I laughed so hard. At nothing. And just truly enjoyed the company of those I was with – no drama, no expectations, no guilt.

I mentioned that I needed to go home. So, Mary said she’d call Joe (her pilot) and he’d drop me off in the morning. Like, you know, I live around the corner or something. The following morning, Tom, the captain, dropped me off early at the main marina. And, Joe, my personal pilot, was at the airport waiting with the jet. And a yummy breakfast waiting my arrival. Unbelievable!

He flew me home.

Crazy. I had asked for an adventure, and what I received was more than I could have imagined on my own.

I felt alive. And I just leaned in and trusted.

That’s what I’ve been up to for the past few days. An adventure.

The Universe showing me it’s got my back.

I’m living my life instead of wallowing in the drama of it.

And, as Tonya says, I chose the better feeling feeling. And it feels good! I am still jumping up and down thinking OMG MY LIFE IS AMAZING!!!

Ladies, I challenge you to let your bad girl come out and play. Where might she take you?

So, ladies, are you getting bogged down in the “how” of your desire?

Are you ready to create your own adventure?

What would it feel like to let go and surrender to something so much bigger than yourself?

2. List how you can experience the essence of it NOW.

3.  Define one small, inspired action step in that direction (such as driving to the private airport;)!

4.  Let go and surrender.  (Go have a cup of tea or something else you enjoy).

(P.S. A follow up to the weekend adventure:  my client was called while indulging in an almond croissant and latte and offered a $10,000 consulting job.  Her desire?  To manifest $21,000 in 21 days.  Well, she’s well on her way.  That’s what happens when you let go and surrender and stop making life so hard!).