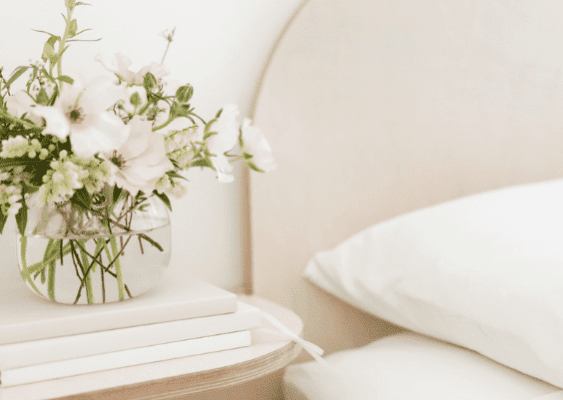 "If you accept a limiting belief, then it will become a truth for you." ―Louise Hay

Each of us has unique programming in our brains called core beliefs. Without them, the world would likely feel unsafe or foreign.

Beliefs give us a sense of security and belonging.

Some ideas are so deeply ingrained that we may not even have conscious thoughts about them. Nevertheless, we believe, and our brain continues to look for evidence that those beliefs are true.

Core beliefs arise from past experiences as adults and as children. However, those beliefs that impacted us as children are typically harder to recognize as they are so fundamentally established.  The things our parents or primary caregivers said and did when we were little girls had a more significant impact than most of us realize. What we learned  in church, synagogue, or even in the schoolyard formed values and beliefs that shaped who we are today.

In the School of Self-Image, I often say that you can only create as far as your limits – to create beyond those limits, you need to banish your limiting beliefs. You have to push past the edges so that you can reach your goals.

Our self-image, along with any limiting beliefs locked within, are usually directly correlated to those experiences and messages we absorbed growing up.

What is a Limiting Belief?

Limiting beliefs are untruths that you've been telling yourself – or that others have told you verbally or demonstratively – about you.

It's any belief that says you are unworthy, not good enough, or incapable.

These beliefs usually enter our brains with starters that sound like, "I shouldn't" or "I can't because" or I'm not…"

Some examples of limiting beliefs are:

We might think, "I'll never be successful because I didn't go to college." After all, when we were children, our parents told us repeatedly that this was the case – or, perhaps, we saw them struggling because of their lack of education.

Perhaps being inundated with images of women with long, straight hair on magazine covers makes you feel inadequate because your hair is naturally curly. Or, you may think you're "ugly" because you have freckles, thinner lips than Angelina Jolie, or your skin is too fair.

All of those things are evidence that you are, indeed, a creative person.

Paying attention to these kinds of thoughts or feelings and recognizing when they are proven to be untrue can go a long way toward getting free of limiting beliefs.

I once heard a great analogy about limiting beliefs and growth.

Imagine that you are standing next to a vast, solid tree. We'll call it the Tree of Beliefs.

The Tree of Beliefs represents thoughts, feelings, and values you've accumulated throughout your life. Some of them are great, but others can be pretty limiting – even if they were well-intentioned when imparted by your parents or society –  or by you as a form of self-preservation.

The reality about these beliefs is that you need them to feel loved, safe and like you belong. Our brains tell us if any one of these feels like they're at risk of being lost, then we need to do something about it by stopping the threat.

When you have a goal to change or grow in a particular area, you'll usually start to walk away from the Tree of Beliefs because your goal is typically some distance away.

Now, imagine you are held to the Tree of Life by a giant rubber band.

As you walk further and further away from the tree toward your goal, trying to create the result that you want, that rubber band stretches tighter and tighter.

Let's look at weight loss to demonstrate the dynamics of this phenomenon.

Maybe you're walking toward a 30-pound weight loss goal.

As you move toward what you want, you get some push-back from your partner – they want you to hang out with them to watch a movie on Netflix, rather than go to the gym. Perhaps they make some comment about "skinny girls" not being attractive.

Maybe your mom once remarked, "Just wait till you have kids …" as if being a mother (something that fulfills you)  naturally equates to weight gain, and, obviously, you can't have one without the other.

Or, perhaps it goes much deeper than that. Maybe your weight served you for a long time as a way for you to hide and feel safe.

It then becomes easy to allow the rubber band to snap us back to where we were.

Have you ever thought to yourself, “It feels like something is holding me back?”

It feels like that because your beliefs are quite  literally holding you back.

To grow and create a life that you love, you will have to break up with the parts of yourself – those core limiting beliefs – that are keeping you stuck in old habits and behaviors that continue to offer up evidence that those beliefs are true.

How to Get Free of Limiting Beliefs

For most of us, it's natural to define ourselves by our past.

In the interest of freeing yourself from limiting beliefs, get out your journal and make a list of all those that you've picked up along the way—any thoughts about yourself that may be holding you back from living a life that you love.

Dig deep and think about what you learned as a child. What messages were imparted to you either verbally or demonstratively?

Consider any traumas you may have experienced that may be causing you to hold tight to limiting beliefs that may have served you for a long time, but now are only harming you. Talk to a therapist if you need to.

By doing so, you’ll have a clearer picture of what is happening in your brain and you’ll be able to recognize and change your thoughts, feelings and, therefore, your  behaviors.

You are not broken. You don't need to fix yourself.

It is possible though that you need to transform your self-image. That will only be possible if you let go of your  limiting beliefs.

When you do this work, you’ll be able to create beyond those limits in order to have the life that you want.