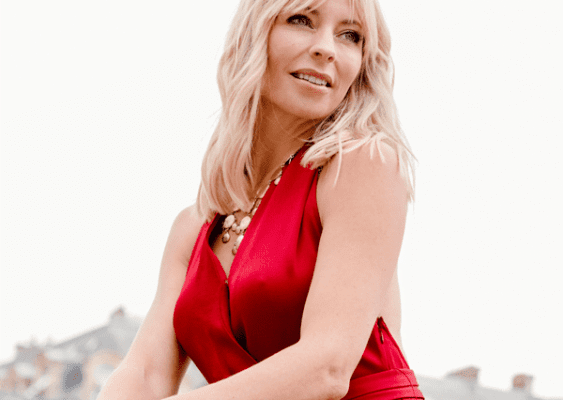 Guess Where I Saw God?

It is a luxury to do something that serves no practical purpose: the luxury of civilization.

I walked in and saw God.
He wasn’t wearing a turban or meditating in the shoe department. He wasn’t passing out flyers or chanting om. He didn’t come down the heavens (or escalator) in a grand vision. So, where did I see him?

Now, you may be thinking, Oh, c’mon Tonya! I thought you were a more spiritual person.

So, let me ask you: what makes someone spiritual? Someone who is always perfectly grounded and never indulges in the things of this world?

If that’s the case, you’re right. I’m probably not spiritual, in your opinion.

But, in my opinion, I am deeply spiritual.

Spirituality is defined as a “process of personal transformation; any kind of meaningful activity or blissful experience.”

I think a spiritual person is someone who wants to crawl up inside of God and experience those moments of awe so that she can remember who she really is.  And, you can crawl into many things to have those moments.

That’s what I experienced in Bergdorfs — in the most stunning flowing skirt of the Oscar de la Renta collection, the red soles of a nude pair of Louboutins, the scent of Tom Ford’s Black Velvet and through a pair of Chanel sunglasses.

I walked out and didn’t buy a thing, but for two hours, I was enraptured in the Divine.

I’ve also had those transcendent moments at hedonistic dinners that lasted for six hours, during sex under the stars and at a Florence and the Machine concert.

Never have I had them during a yoga class. Ever.

I’ve made the mistake of revealing my “holy moments” to the wrong people, those who practice spiritual snobbery.

Perhaps you know these kinds of people, too. She might be a God-fearing Baptist or a swami in a temple. He might even be your yoga teacher or your Crossfit coach. Whoever he/she is, you’ll one because they induce shame and will try to fix you through their spiritual dogma, telling you that their way is the only way.

Oh, yeah, I know these people.

I’ve been called out for putting on lipstick during a meditation class. People have wanted to ‘fix’ my worldly ways through prayer. I was scolded for laughing in church. Doesn’t God laugh? And, someone suggested that if I were truly spiritual, I’d give up the trappings of material possessions. I exited that conversation real quick.

Geesh, when did enlightenment become so dark?

Now, don’t get me wrong. I think we can use anything to fill a hole in the soul, including meditation or a Mercedes. It’s always the intention in your heart that matters.

But, this black and white approach to spirituality is exactly what led to me being a nutcase for years. It was the same relationship I had with weight: extreme.

I desperately tried to fit into the “perfect” spiritual box — practiced yoga five times a week; became a raw foodie; green juice devotee and meditation. I was running from one practice to another trying to reach some sort of nirvana.

The only place I reached was misery. By following the spiritual herd, I had forgotten to listen to me. (And, let me tell you: I met some crazies on the way. But, there are crazies in Bergdorfs too!)

One day, I finally stopped. All of it.

Actually, I was forced to stop after tweaking my shoulder trying to get into a pose I had no business trying to contort myself into.

I couldn’t keep up with the madness. What was supposed to bring me peace and joy was creating pain (quite literally). One more piece of tofu, and I thought I’d hit someone.

And, it was all because of one simple thing: I was denying myself of what I truly wanted: luxury.

I didn’t want to be a yogi or a vegan. I wanted to wear fancy clothes and dance the night away in an underground bar in Paris with Champagne in hand.

Spirituality shouldn’t put you in a box; it should set you free. (tweet it)

My Lord told me a joke.

And seeing him laugh has done more for me
than any scripture I will
ever read.

I think the joke is:

There’s nothing serious going on.
Go out and have some fun.
Love what you love.
Lighten up.
Chill out.

But, hey, that’s my spiritual practice. I’m also the one that’s pouring a glass of Champagnewhile my best friend is going off to meditate. As we joke, “We’re both getting to the same place.”

You get to choose how you connect with your Higher Power.

(and mine wears Louboutins, so she’s always a few inches higher).

Follow what delights your soul with lightness and joy. Meditation or Manolos.
Pursue those things that make you a better human being. Freud or French.
Explore the world and expand your mind. India or Italy.
Eat foods that nourish you. Tofu or a T-bone.
Listen to music that enraptures you. Buddha Bar or Busta Rhymes.
Move your body in ways that strengthens you. Belly Dancing or Bodybuilding.
…and most importantly, love!
Because in love is where you’ll always find God hanging out.

And you can be rest assured that my God will also be found hanging out at Bergdorfs!

Thoughts? What’s your spiritual practice? Do share. (And, if you don’t have one, that’s okay too!)