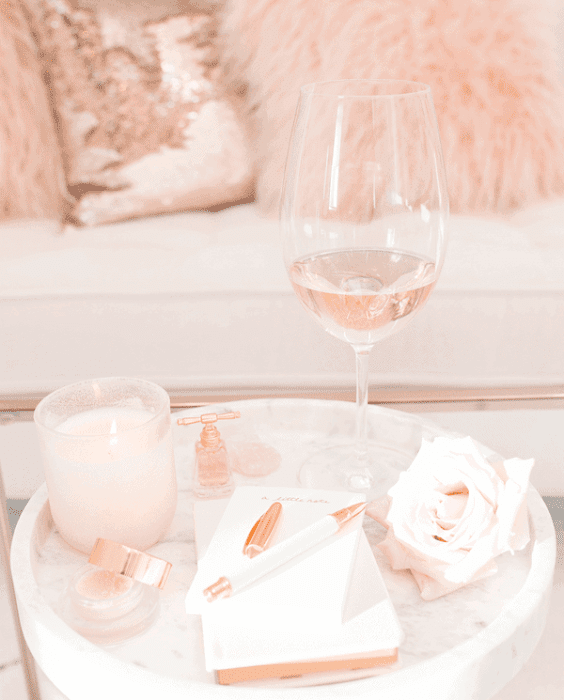 How I Wiggled My Way to Success

However, caught up in where I was, I had a really difficult time seeing what was possible for me.  I kept trying to change my life from the same place that I had created it, and it wasn’t working for me. STUCK!

I needed to start wiggling.

So, I did something that others thought was crazy.  I left a marriage that wasn’t working for me.  Now, I was a single mom.  From the outside, it didn’t look like I had taken a step in the right direction. I was broke and alone.  But, it was my first wiggle out of a life that was no longer working for me.

Then, I quit my very secure job as a nurse and went back to school.  Another wiggle.

Soon, I took up running.  At first, I could only run for one minute without becoming hypoxic.  Little wiggle. Later, I would complete two marathons within a year.  Major wiggle.

I started drinking wine.  Okay, that sounds strange, but I had grown up in a home that banned alcohol, so my relationship with alcohol (as well as most things) had been built in extremes (too much or none at all).  So, I enrolled in sommelier school and began to study the art, science and business of wine.  This experience taught me the art of moderation and savoring. Three months later, I was working as a food and wine writer.  Wiggle.

I boarded my first flight when I was twenty-five.  Actually, I flew to New Mexico when I was two, but because I don’t remember, it doesn’t really count.  Buying that ticket was another wiggle out of the life I knew into the one I wanted to create.

I landed in Paris.  This was more of a quantum shift than a wiggle, but all the little wiggles had led to this moment.   Paris changed me.

I signed up for a cooking class.  My taste buds exploded with flavor, and I realized that I could create a body I loved while savoring delicious foods:  fine cheeses, foie gras, braised meats, fresh vegetables from the farmer’s market and haute-couture chocolate. For me, this was a huge wiggle considering I grew up on fried chicken and cheese out of a wrapper followed by over a decade of my life depriving myself through dieting.  (By the way, I still love fried chicken!)

At a crossroads of life, trying to find my voice in the world, I hired a coach.  She helped me wiggle out of the beliefs that still lingered in the crevices of my mind.

I gathered the courage to travel on an international trip alone.  I remember sitting on the plane thinking to myself, “Is this really you?”  That was a major wiggle moment.

I sat in the offices of the Prince of Monaco talking business.  Do what?  Yes, I had wiggled myself into the Disney World of billionaires.

My stories of wiggling my way to success are endless, and I share them with you only because I know the feeling of being overwhelmed and feeling stuck with where you are.

Love, you must start wiggling.

Instead of focusing on the big steps, what are some small ways that you can shake up your world?

I know of one for you.  The Slim, Chic and Savvy 10-week immersion program starts on February 27th .  And, when you join the program, you have lifetime access.

Now, here’s what you need to know about every time I’ve wiggled:  my excuses would blaze.

But, I knew deep in my being that I had to do something different, take risks and stop letting excuses rob me of the life I desired.  I had to let them burn.

So, what do you say?  Want to wiggle with me?  Want to finally burn those excuses?

Go check the program and get on the waiting list.  You’ll be joining a community of women who are wiggling their slim, chic and savvy selves into their dream lives: dropping excess weight, becoming authors, traveling around the world, attracting dream romances, becoming food snobs and starting their own businesses.

Warning:  this is not a diet; it’s a lifestyle program.

So excited to possibly mentor you!