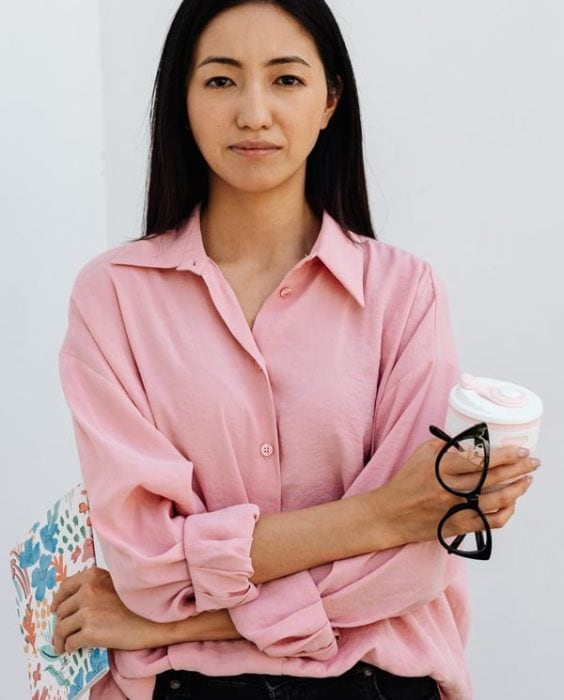 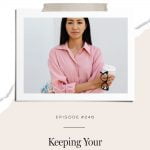 Listen to the Full Episode:

I ’m going to give you the number one secret to having an extraordinary life. Are you ready for it? Keep the promises that you make to yourself. It really is that simple. 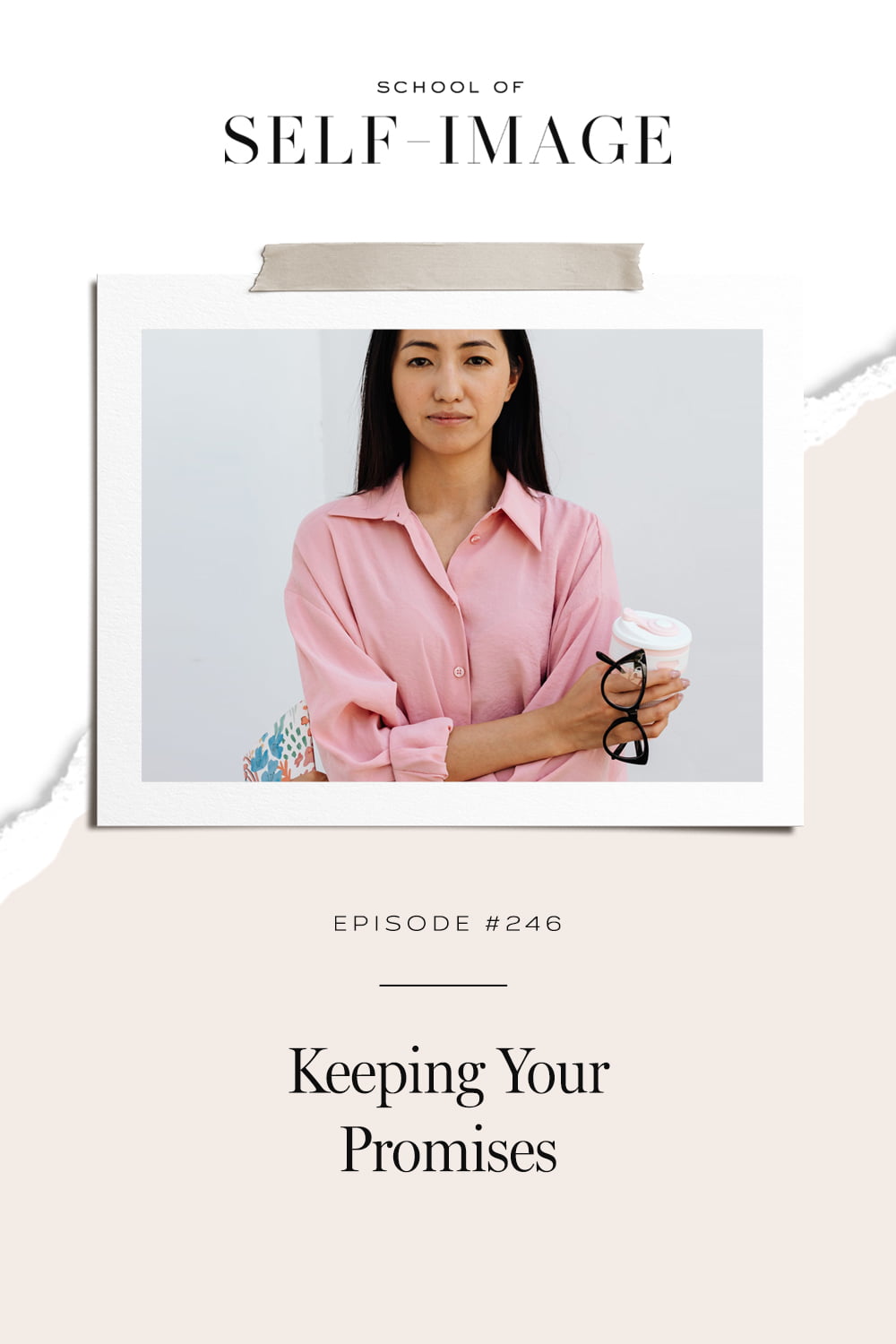 Nothing will erode your relationship with you more than constantly breaking promises to yourself, which is unfortunately what so many of us women are doing. I did it for years, so I know how painful it becomes when you’re perpetually letting yourself down. But that’s not what I want for you. I want you to live a life where you trust yourself to keep your promises, and I’m showing you how to make it happen.

You wouldn’t put up with a friend who always broke her promises to you, so it’s time to stop doing the same to yourself. Join me this week to discover how to start keeping your promises and show up for yourself in the way that you deserve. I’m sharing my tips for making promises you can actually keep, and why doing this work will blow your world wide open.

If you want to dive even deeper into this work, the doors to the School of Self-Image will be open for just a few more days. Click here for more information and I can’t wait to see your beautiful face inside!

Have you grabbed your free copy of the School of Self Image Manifesto? If not, what in the world? Click here to get your copy and learn how to think and show up in the areas of mindset, style, and surroundings so that you can transform your self-image.

What You Will Discover:

Featured on the Show:

I’m going to give you the number one secret to having an extraordinary life. Are you ready? Keep the promises that you make to yourself. It really is that simple, and it’s what we’re talking about in today’s episode.

One of the promises that I made myself is that, if I don’t love it here in six months, I’ll leave. And what I can tell you all is that, when six months comes and if I’m not in love with it here, I’m out. Because I like keeping promises to myself. Which is what this episode is all about.

This month, within the School of Self-Image membership, we are working on practicing being the new versions of ourselves. Many women are saying it’s the best month yet. And one of the things that I have noticed that becomes a part of your practice as you are elevating your self-image is that you start keeping promises to yourself.

Think about that part of ourselves that’s like our best friend that we just keep letting down, we keep not showing up for. And before you know it, the friendship, the trust, all of that has been eroded. And it’s really hard to live an extraordinary life if you don’t trust yourself, if you don’t have a good relationship with yourself. Which is why keeping promises to yourself is one of the most necessary skills that you need to practice in order to elevate your self-image.

I remember when I struggled with my weight, probably for two years. I would constantly promise myself that I would start tomorrow. It became such an ingrained habit.

So, the way this looked for me is I would wake up in the morning and I would have a lot of willpower. Like, “I’m going to really do this whole diet thing. I’m going to really eat well today.” And then, by noon, my willpower was gone and I was looking for the chips, the cookies, anything to put in my mouth.

And then, because I knew I was going to do the same thing to myself that night, promise myself that I’m going to start tomorrow, I would engage in what I call The Last Supper. It’s as if my brain thought it was the last supper I would ever eat. And I would eat so much food. And then, the promise would come.

The deeper issue was me having a relationship with myself where I didn’t trust myself, where I didn’t value myself. Because when you make promises to someone and you follow through on those promises, what you’re really saying is, “I value you enough to keep my word to you.”

When you make promises to someone and you don’t follow through, what you’re saying is, “I don’t value you or our friendship enough that I need to follow through on this.” So, day after day of breaking promises with yourself, you’re just confirming this belief that you’re not valuable enough to honor your own word to yourself.

So, when I became aware of what I was doing to myself and the kind of relationship I was creating with myself, I decided to take a different approach. And that approach was I was going to start keeping my promises to myself. Which meant I was going to no longer promise myself things that I knew deep down I was not going to follow through with, furthermore creating evidence that I’m someone who doesn’t follow through, I’m someone who breaks promises with herself.

I didn’t want to create that evidence any longer. I wanted to create evidence of, “I’m a woman who shows up for what she says she’s going to do, who keeps her promises to herself, who’s confident, who is strong, and who is creating forward momentum.” That is the story that I wanted to prove true about myself.

We want to believe we’re going to do it, and we could do it, but because we have been having the momentum go in such a different direction for so long, we’ve got to slow down that momentum and start pointing it in a different direction. Which is why I have found the most effective way to do this is to back off on the enormity of the promises that we make to ourselves.

Because remember, the real issue here is the mistrust. So, we have to build trust with ourselves again. So, I would rather you make a small promise to yourself that you’re going to show up and keep and do that day after day. Be consistent with it so that you can begin to trust yourself again.

So, the example that I was talking about earlier with me and food, I remember, one of the promises that I made myself was that I was no longer going to beat myself up for it.

Now, this is huge if you think about it. Because I would overeat and then I would beat myself up for it, which would make me feel awful. Which guess what I’d want to do when I felt awful. I’d want to eat more.

And so, I started with that simple promise. Like, “Tonya, if you overeat, okay. We can deal with that. We’ll figure out why. But we can’t figure out why as long as you’re beating yourself up.” And so, I made a promise to myself, when I caught myself overeating, I would no longer beat myself up.

Now, believe it or not, that was a hard promise to keep. Because I had a cycle of beating myself up and I believed that by being hard on myself, it was going to make me change. But I had so much proof that that wasn’t true. I was like, “Let me try this other approach. Let me try being kind to myself, curious with myself, fascinated with myself so that I can begin to change this behavior.”

One of the things that I teach when I’m working with women around scheduling, their goals, overwhelm is be very careful about what you put on your calendar.

I would rather you put three things on your calendar every single day that you know you’re going to show up for than 15 things that you hope you’re going to get done. And then, when hope isn’t enough and you don’t get it done, you use that as a reason to feel bad about yourself and to beat yourself up.

I want you to see everything that you put on your calendar is a promise. It’s either a promise to yourself for something you’re going to do for you, or it’s a promise to other people. Now, here’s the really interesting thing, my friends. When it comes to the promises that we make to other people, almost all of the time notice how they get done.

And why is that? Why are we so willing to keep promises to other people but break them with ourselves? When I ask clients why they do this, they’ll often say, “Well I don’t want to disappoint people. I want people to like me. I want people to trust me.” And then I turn the camera around and I ask them to explore if they like being disappointed in themselves, if they enjoy not liking themselves, if they enjoy not trusting themselves.

And one thing I can tell every single one of you is that that future version of you, she would be more willing to break a promise to others than she would herself. Why? Because she values herself that much. She loves herself. She believed in herself. She has a great relationship with herself. And that kind of relationship only can happen in an environment of trust.

And the only way you can build trust with yourself is to stop breaking promises to yourself and to start keeping them. So, be mindful of the promises you make. Don’t make promises so big that you’re almost guaranteed to break them, therefore just feeding the story that you have about yourself about how you never follow through, how you never finish anything, how you are constantly sabotaging yourself and you’re disappointing yourself.

Hey, have you grabbed your free copy of the School of Self-Image Manifesto? If not, what in the world? Head over to schoolofselfimage.com/manifesto and get a copy that teaches you how to think and show up in the areas of mindset, style, and surroundings so that you can transform your self-image.