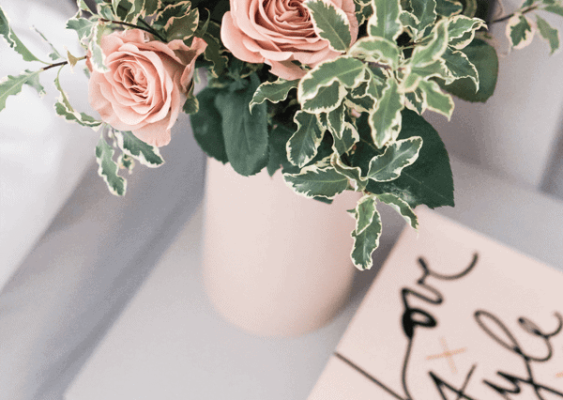 Life Lessons from our "Little Cabin in the Woods"

It’s so magical up here! Not too long ago Glenn asked me to move in with him in his “little cabin in the woods.” We are surrounded by the most gorgeous blue spruce trees that are hundreds of years old and peeking over them are 13,000 feet mountain peaks. And, his home is backed up to the largest wilderness area in Colorado.

And, did I mention the lake? Oh, the lake! It’s breathtaking, especially in the mornings when it’s slick as glass and you can see the reflections of the clouds and mountains. Then, in the winter, it turns to ice. The first time I saw someone ice fishing, I thought I needed to call 911 because I was convinced the man was in trouble. Now, I know better.

Oh, I don’t know why, but I love calling it our “little cabin” because it’s really not so little. It’s 3200 square feet!

It just feels so cozy and quaint and simple – and that is exactly what it is to me! It’s truly a beautiful home that Glenn will be eternally remodeling, which was his plan all along, but the work is definitely more on the front burner especially now that I’m here.

I am in Heaven. But there was a time when I felt like I was in Hell.

I remember that day I started packing up my things to move in.

It didn’t feel so heavenly in my head.

In fact, my mind went a wee bit insane.

Tonya, shouldn’t you be moving to Paris?

What will people think when they hear you live in a cabin in the woods?

You’re going to be so alone out there!

Then, it went really batshit crazy taking me down memory lane.

You used to live a block from the ocean not so long ago in a beautiful modern home.

You’re going backward in life living in the middle of nowhere. Isn’t that where you came from?

Then, it pulled out the big guns all about the image I thought I should be portraying.

What will they think if I’m not living in some fancy apartment with ornate windows and gold trim in St. Germain?

What will they think if they know there’s an RV parked outside your front door?

Shouldn’t you be dreaming bigger and upleveling?

I know this voice all too well. And, it has a name: FEAR.

I spent years running from my past and chasing a new future, always thinking happiness was one step away — in a new home, person or town.

On the outside, it appeared that I had it all together.

But inside? It was a house of cards that eventually would come tumbling down. My chase was full of anxiety, panic, and unease.

From lots of self-reflection over a number of years, I am certain that letting go of fear and facing my truth this will be my lifelong journey.

So here it was once again.

There’s never been a greater more beautiful pain than a crumbling ego.

When it came to the big move in with Glenn, I heard loud and clear:

Tonya, this is your chance to truly French Kiss Life!

It is time to show our community how this is REALLY done.

Yes, whether you choose to believe it or not, you gave me the courage to say YES to living in our “little cabin in the woods.”

I want to be the kind of woman who inspires you from a place of truth, not from some portrayed image.

So, I joyfully put the final cardboard box into the back of Glenn’s Ford dually and said goodbye to my lovely modern condo that had been my home for four years.

And, I drove away into a new adventure.

My friends thought I was crazy.

My daughter complained about it being so far from town.

And, my mom was convinced I’d hate it out here.

Well, let me report back to you.

Now that I’ve been living up in the “little cabin” for over a year now, it’s time for me to share with you my truth:

In some ways, I feel like a pioneer woman — up in the woods getting firewood to keep warm, buying groceries for the week (I always wondered what those big carts were for) and winterizing stuff (okay, Glenn does all that… but I keep him company!). Before you know it, I’ll be churning butter. Okay, that probably won’t happen, but the thought is sweet!

In other ways, life feels SO elegant. I’m enjoying the simplest of pleasures more than ever. I’ve let go of so much crap that was weighing me down. There’s less noise in my life, literally and figuratively.

And, I’ve never felt more stylish. Each morning, I wake up and get dressed for no one other than myself, Glenn and the dogs and the occasional neighbor who passes by. But, style isn’t just about what you wear; it’s the life you live in those clothes, and I’m living out loud more than ever.

This is what I call freedom in the everyday.

It’s because I’ve become the kind of woman who can be happy anywhere!

…In a cabin in the woods or in a flat in Paris.

Happiness is an inside job.

Something magical happens when you stop thinking life will be better one day, and, instead, you focus on making today the best day of your life.

Last week, as I was putting the lights on the tree that I found in the woods, I thought about how sparkly I feel, and it’s not some “fake” sparkle. It’s a deep down, an inner sparkle that goes with me wherever I am.

And, from all my work with women through the years, I know it’s what we’re all after. Unfortunately, we dim our sparkle by always chasing it outside of ourselves.

But, here’s the good news: you can ignite that sparkle no matter where you are (or live) in your life. 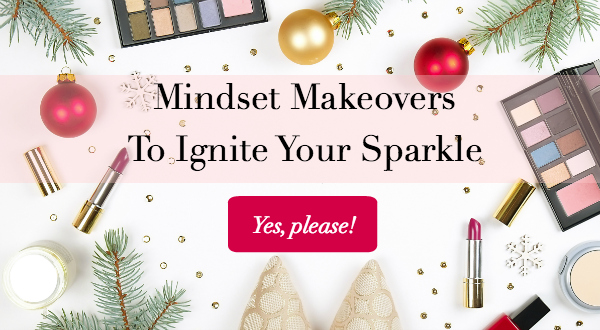 If you’re ready to set fire to your own inner sparkle, go here

This is what I’ve been doing in my “little cabin.”

Moving forward isn’t about where you live; it’s about who you’ve become.

I have SO much personal and French Kiss Life goodness on the horizon, but, the difference is that I’m doing it from a place of pure love and joy, not because I think life will be better when I have ten million dollars in the bank or half a million of readers.

I’m so excited to see what future cabins, homes or maybe Parisian apartments are in my future.

But, I don’t need them to make me happy.

I’ve escaped that trap. They will simply be icing on my cake.

And, no matter where you live, life is extending you the same invitation.

You can French Kiss Life anywhere. In a little cabin in the woods.
Or in a penthouse on Madison Avenue.
{tweet this}

When you deeply know this truth, life becomes a magical playground of possibility.

JOIN THE CHIC CONVERSATION: Are you able to feel happy anywhere? Why or why not? What are you considering to do to try to achieve this freedom?