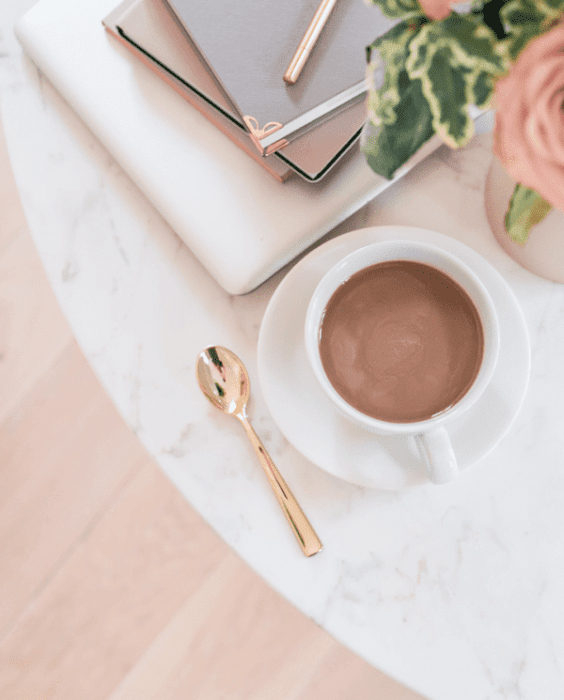 The Elegance of Restraint

After falling in love with the rich simplicity of French living, I’ve been on the path of “less but better for many years now. “Less” requires restraint, and historically, I was not a gal who liked to have limits, which is what restraint comes down to.

I loved to keep all options on the table.

Isn’t denying oneself ….the antithesis of pleasure?

I want to experience all the things.

Won’t cutting off my options be…. so boring?

Obviously, I had a lot of internal conflicts that I needed to address.

If you want to know if your way of being, thinking and doing is working, look at the results you’ve created in your life.

The not-so-stellar results I had created were: 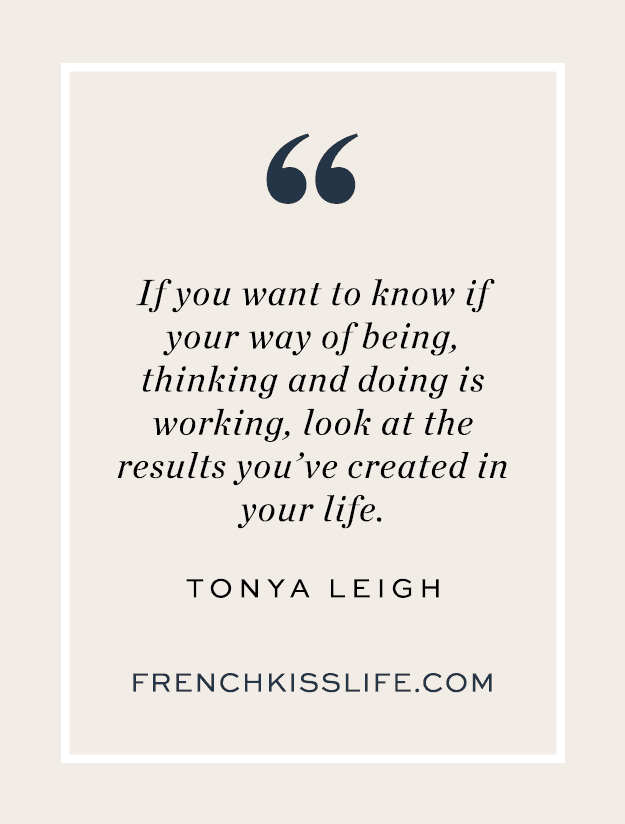 In other words, I felt like I was flailing around in my life.

The irony is that I prided myself in being a “free-spirit,” but the truth was that I was anything but free.

I was trapped in the chaos of my own making.

The answer? To pursue the elegance of restraint.

It was the antidote to my self-created chaos.

Restraint is “the measure that keeps someone or something within limits.”

I wanted to live within the limits of my dreams and potential which meant that I had to start cutting away everything else.

Now, if you’re anything like I was, you’ve read up until this point and you’re thinking,

“Tonya, YES! This is me, and I know I need some limits but where do I even start?”

Here are some helpful ways that I’ve practiced the pursuit of restraint in various areas of my life where I tended to create chaos:

THE RESTRAINT OF DREAMS

I am the biggest dreamer you’ll ever meet.

And I encourage women to have dreams.

Rome wasn’t built in a day and neither are your dreams.

If you’re trying to lose weight, make a million dollars, write a book, start a business, organize your home, get in shape, and be a great mom and wife all at once, chances are you’ll feel paralyzed with where to start.

Imagine if you really focused on just one dream at a time?

As someone who was so resistant to this idea and now practices it ruthlessly, I can attest to its magical powers.

You feel a sense of completion. You build the momentum in your life. You feel proud of what you’re accomplishing. All of this spills into other areas of your life.

Your season may be a month or a year, but where do you want to focus?

Is it your finances?
Health?
Home?
Relationships?
Career?
Hobbies?
Business?

Choosing one priority seems undoable in our multi-tasking and busy world, where our inboxes are exploding and we have at least 20 tabs open on our computers, but what’s life been like by trying to do all the things?

Yeah, that’s what I thought.

In his best-selling book, Essentialism, Greg McKeown explains the surprising history of the word, priority, and how its meaning has shifted over time.

“The word priority came into the English language in the 1400s. It was singular. It meant the very first or prior thing. It stayed singular for the next five hundred years.

Only in the 1900s did we pluralize the term and start talking about priorities. Illogically, we reasoned that by changing the word we could bend reality. Somehow we would now be able to have multiple “first” things.

People and companies routinely try to do just that. One leader told me of this experience in a company that talked of “Pri-1, Pri-2, Pri-3, Pri-4, and Pri-5.” This gave the impression of many things being the priority but actually meant nothing was.”

So fascinating and true, right?

We’ve been thinking we were smart by trying to make everything a priority.  But by looking at the results of our society — more overwhelm, depression, frustration and anxiety than ever before —  clearly, it’s not working.

Be bold enough to choose just one thing and then go all in.

You’ll be amazed at the results.

If you’re desiring personal support from me and a clear framework….look no further!

I’d like to invite you to enroll in my live workshop — The Dream Atelier — where we focus on bringing your idea to life in 30 days. 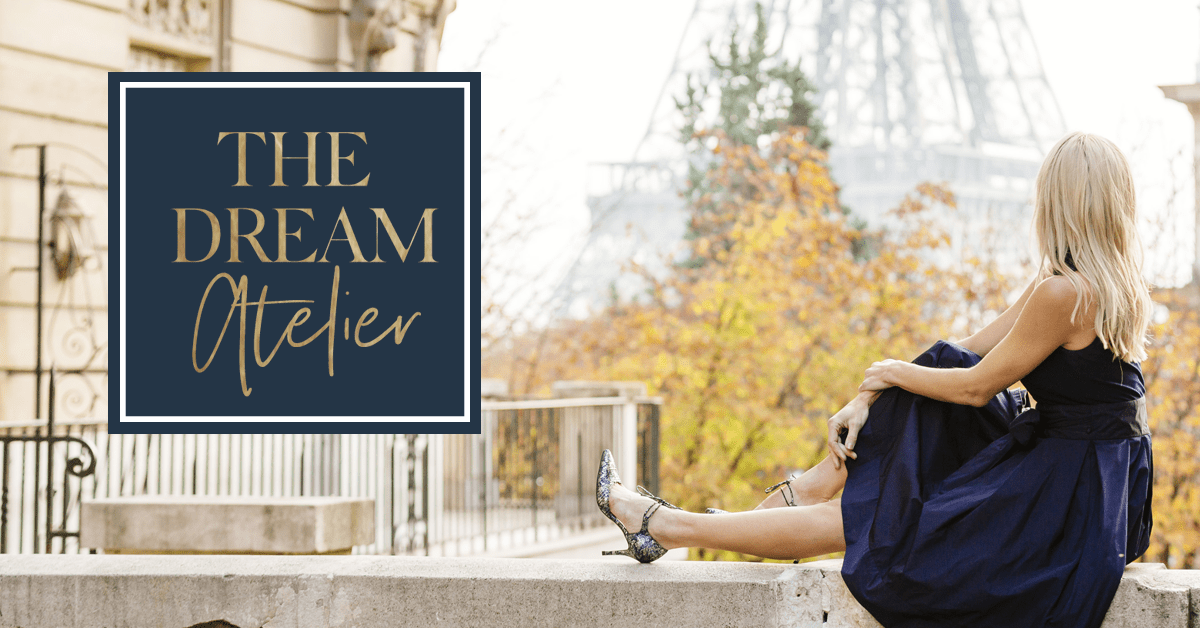 Go here to find out more.

THE RESTRAINT OF FRIENDS

I used to believe I wanted a small city of close friends. Then, I started making friends wherever I went. At first, it felt amazing until . . . the text messages started rolling in, the invites were non-stop, the phone calls happened during dinner.

Suddenly, I was SO overwhelmed by the number of people in my life. I began to feel guilty because I couldn’t respond to their messages within a day. I was exhausted from trying to attend all the dinners and events.

It wasn’t fair to them or me. By trying to be a good friend to many, I was being a horrible friend to my few closest friends. Not to mention, there wasn’t a lot of space for myself or my dreams.

That’s when I made a conscious decision to narrow my close friend circle and really invest in the friendships that mean the most to me.

We only have so much to give, especially when it comes to our time, so choosing wisely where to invest this precious commodity is a crucial part of elegance.

THE RESTRAINT OF KNOWLEDGE

I will forever be a student. I love learning and growing, but when my Kindle library was growing faster than my ability to read, I knew there was an issue.

Like my friendships, I was skimming the surface, not fully devoting my energy into one thing long enough to feel the effects.

So, I made a decision to limit the number of teachers I learn from at any given time, I don’t buy a book until I’ve read the ones I have, and I don’t purchase a new program until I’ve completed one.

This allows me to be a good student, to take in the knowledge and apply it to my life and to feel the depths of something instead of dancing across the surface.

THE RESTRAINT OF SPENDING

When it comes to money, I love feeling abundant.

At one point, however, I thought abundance meant spending a lot of money.  If you’ve ever received a credit card bill after out of control spending, you know that this is not an abundant feeling at all.

I’ve come to understand that abundance is about taking care of your money, investing it well and spending on the things that mean the most to you.

When it comes to money, just like with food, I like to decide ahead of time, what I will spend.

For example, I’ve already decided how much I will spend on Christmas gifts. When I travel to Paris each year, I decide ahead of time what quality purchases I want to make. I also give my daughter a budget so she can learn “restraint” as well.

The irony is that I don’t feel lack at all. In fact, being intentional with your money and spending on things with thought and care it creates a feeling of abundance. Don’t fool yourself, as I tried to, that overspending and then avoiding looking at your bills is freedom and abundance. This behavior is actually full of fear and scarcity.

THE RESTRAINT OF FOOD

Most of my weight loss clients are terrified of being denied food. They’ll admit that they want to lose weight AND be able to eat anything and everything they want and as much as they want.

I was one of them, so I get it! The idea of having rules around food would make me run straight to the fridge and consume every leftover container on which I could get my hands.

Once again, I had confused massive consumption with freedom, but clearly, my mind nor body was free.
It felt like being trapped in a living hell. And, for any of you that struggle with your body, you know exactly what I’m talking about.

What really helped me turn a corner was seeing French women have such a pleasurable relationship with food that is built on restraint. They don’t deny themselves of chocolate, but they also don’t allow themselves to gorge on it either.

When it comes to food, I have restraints in place for myself that have allowed me to create a healthy weight that I’ve maintained for years.

The Freedom of Restraint

While I thought restraint would feel shackling, what has surprised me most is how much more freedom I feel.

Waking up and knowing exactly where to focus.

Feeling in control when it comes to eating.

Walking away from meals feeling energized, not stuffed.

Creating things you’re proud of because you gave it your full attention.

Opening our closet doors and feeling excited about getting dressed?

These are just a few things I’ve experienced as a result of applying “restraint” to my life.

When you pursue restraint, you’re giving your brain focus and direction.

You know what is a strong “yes” and an absolute “no.”

You start cutting away the things that don’t align with your dreams.

And, suddenly you experience the truth that I doubted for so long:

Take a spot check inventory of your life.  Where do you need to practice restraint in your life?  Share it with me in the comments below.  Note:  We’re all friends here, no judgment, only love! (remember that awareness is the first step in the ability to change! )

P.S. If you’re desiring personal support from me and a clear framework (and some loving help with restraining yourself in your problem to ensure that you don’t sabotage your progress!) to turn your ideas into reality 30 days, I’d like to invite you to enroll in my LIVE workshop — The Dream Atelier.